The next Quarterly Issues/Programs List (“Quarterly List”) must be placed in stations’ public inspection files by April 10, 2018, reflecting information for the months of January, February, and March 2018.

Given that program logs are no longer mandated by the FCC, the Quarterly Lists may be the most important evidence of a station’s compliance with its public service obligations.  The lists also provide important support for the certification of Class A television station compliance discussed below.  We therefore urge stations not to “skimp” on the Quarterly Lists, and to err on the side of over-inclusiveness.  Otherwise, stations risk a determination by the FCC that they did not adequately serve the public interest during the license term.  Stations should include in the Quarterly Lists as much issue-responsive programming as they feel is necessary to demonstrate fully their responsiveness to community needs.  Taking extra time now to provide a thorough Quarterly List will help reduce risk at license renewal time.

Stations should keep the following in mind:

These are just some suggestions that can assist stations in meeting their obligations under the FCC’s rules.  The requirement to list programs providing the most significant treatment of issues may persuade a station to review whether its programming truly and adequately educates the public about community concerns.

Attached is a sample format for a “Quarterly Issues/Programs List” to assist stations in filling out the Quarterly List.  Please do not hesitate to contact the attorneys in the Communications Practice for specific advice on how to ensure your compliance efforts in this area are adequate.

Class A Television Stations Only

Below is a list of some of the significant issues responded to by Station [call sign], [community of license], [state of license], along with the most significant programming treatment of those issues for the period [date] to [date].  This list is by no means exhaustive.  The order in which the issues appear does not reflect any priority or significance. 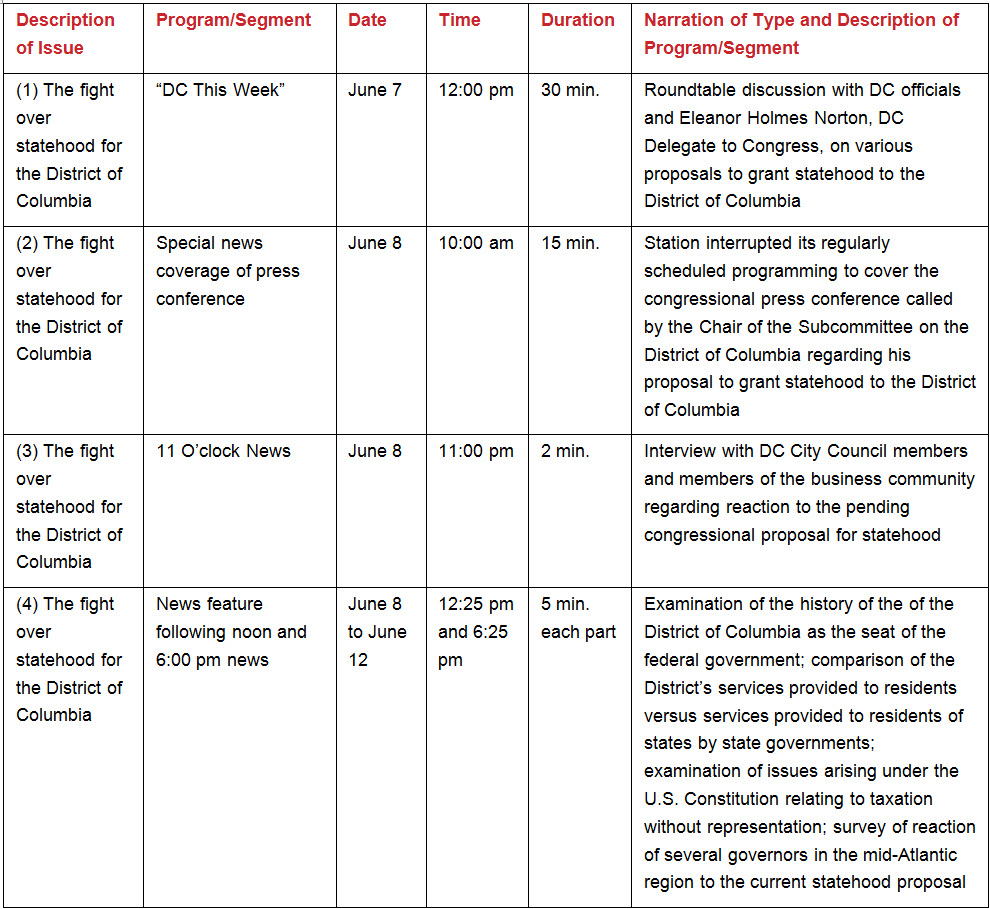 [1] This sample illustrates the treatment of one issue only.

A PDF version of this article can be found at 2018 First Quarter Issues/Programs List Advisory for Broadcast Stations.