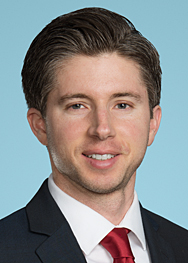 The FCC proposed a $10,000 fine against a South Carolina FM licensee for “willfully and repeatedly” failing to retain all required public inspection file documents.

END_OF_DOCUMENT_TOKEN_TO_BE_REPLACED

It took a while to get to this point, but at the first public meeting of the Pai FCC, the Commission voted today to eliminate the requirement that stations maintain “Letters and Emails from the Public” in their public inspection files. As discussed below, that decision will have differing impacts on TV and radio stations, and even among radio stations.

When the FCC charged ahead to move television public inspection files online in 2012, there didn’t seem to be any upside for broadcasters, who objected loudly. Those objections were primarily based upon the fact that the FCC had managed to find a way to expend even more of a broadcaster’s resources on the rarely-read file, requiring that it now also be uploaded to an online FCC database. Uploading a public file is no small task, as an FCC review of TV public files in Baltimore in 2012 revealed that some contained more than 8,000 pages. In response to those objections, the FCC announced when it adopted the change that it would automatically upload applications, kidvid reports, and other documents it had access to, reducing the number of documents stations would need to upload themselves.

END_OF_DOCUMENT_TOKEN_TO_BE_REPLACED

This Broadcast Station Advisory is directed to radio and television stations in Arkansas, Kansas, Louisiana, Mississippi, Nebraska, New Jersey, New York, and Oklahoma, and highlights the upcoming deadlines for compliance with the FCC’s EEO Rule.

February 1, 2017 is the deadline for broadcast stations licensed to communities in Arkansas, Kansas, Louisiana, Mississippi, Nebraska, New Jersey, New York, and Oklahoma to place their Annual EEO Public File Report in their public inspection file and post the report on their station website. In addition, certain of these stations, as detailed below, must electronically file their EEO Mid-term Report on FCC Form 397 by February 1, 2017.

Under the FCC’s EEO Rule, all radio and television station employment units (“SEUs”), regardless of staff size, must afford equal opportunity to all qualified persons and practice nondiscrimination in employment.

In addition, those SEUs with five or more full-time employees (“Nonexempt SEUs”) must also comply with the FCC’s three-prong outreach requirements. Specifically, Nonexempt SEUs must (i) broadly and inclusively disseminate information about every full-time job opening, except in exigent circumstances, (ii) send notifications of full-time job vacancies to referral organizations that have requested such notification, and (iii) earn a certain minimum number of EEO credits, based on participation in various non-vacancy-specific outreach initiatives (“Menu Options”) suggested by the FCC, during each of the two-year segments (four segments total) that comprise a station’s eight-year license term. These Menu Option initiatives include, for example, sponsoring job fairs, participating in job fairs, and having an internship program.

Exempt SEUs – those with fewer than five full-time employees – do not have to prepare or file Annual or Mid-Term EEO Reports.

For a detailed description of the EEO rule and practical assistance in preparing a compliance plan, broadcasters should consult The FCC’s Equal Employment Opportunity Rules and Policies – A Guide for Broadcasters published by Pillsbury’s Communications Practice Group. This publication is available at: https://www.pillsburylaw.com/publications/broadcasters-guide-to-fcc-equal-employment-opportunity-rules-policies.

Consistent with the above, February 1, 2017 is the date by which Nonexempt SEUs of radio and television stations licensed to communities in the states identified above, including Class A television stations, must (i) place their Annual EEO Public File Report in the public inspection files of all stations comprising the SEU, and (ii) post the Report on the websites, if any, of those stations. LPTV stations are also subject to the broadcast EEO rules, even though LPTV stations are not required to maintain a public inspection file. Instead, these stations must maintain a “station records” file containing the station’s authorization and other official documents and must make it available to an FCC inspector upon request. Therefore, if an LPTV station has five or more full-time employees, or is part of a Nonexempt SEU, it must prepare an Annual EEO Public File Report and place it in the station records file.

These Reports will cover the period from February 1, 2016 through January 31, 2017. However, Nonexempt SEUs may “cut off” the reporting period up to ten days before January 31, so long as they begin the next annual reporting period on the day after the cut-off day used in the immediately preceding Report. For example, if the Nonexempt SEU uses the period February 1, 2016 through January 21, 2017 for this year’s report (cutting it off up to ten days prior to January 31, 2017), then next year, the Nonexempt SEU must use a period beginning January 22, 2017 for its report. END_OF_DOCUMENT_TOKEN_TO_BE_REPLACED

Last May, Jessica Nyman and I wrote about the potential impact of an FCC Notice of Proposed Rulemaking proposing to eliminate the requirement that stations keep “Letters and Emails from the Public” in their Public Inspection File.  In moving public inspection files online, the FCC recognized that posting such letters and emails online creates privacy concerns, and required that stations continue to maintain such correspondence at the main studio in the local public file.  The result was that many stations had to maintain and provide public access to a local public file solely to provide this one category of document.

Earlier today, the FCC released the tentative agenda for its January 31 meeting, and the sole item on it is:

While we are still waiting to hear who will be chairing that post-inaugural meeting, for broadcasters, it’s a nice way to start the year.  For more background on the proceeding and information on the likely benefits for stations, please check out our earlier post on the subject.

If trying to maintain the required paperwork for political advertising aired by your station gives you a headache, prepare for a migraine of biblical proportions.

With the departure of Commissioner Rosenworcel leaving the FCC in a 2-2 partisan split, there are really only two types of broadcast orders coming out of the FCC these days—those having the unanimous support of all four remaining commissioners, and those that can be done by the Media Bureau on delegated authority with or without the support of the two Republican commissioners.  That was evidenced twice last week.  The first was the Media Bureau’s rejection of various petitions seeking reconsideration of increased ownership reporting requirements for noncommercial stations.  That action generated an immediate response from Republican commissioners Pai and O’Rielly, who released a joint statement chiding the Media Bureau for taking the action right before the FCC changes control, and encouraging the rejected petitioners to appeal the decision to the full Commission for reversal:

The Commission’s ruling no longer enjoys the support of the majority of Commissioners—nor is there a majority that supports today’s Media Bureau decision—so it was wrong for the Bureau to bypass Commissioners and reaffirm these reporting requirements unilaterally. . . . The good news is that today’s decision need not be the final word. We encourage public broadcasters to file an application for review so that the newly constituted Commission will have an opportunity to revisit this matter. It is pointless to require board members of NCE stations to report sensitive personal information (like the last four digits of individual Social Security numbers) to the Commission and will only serve to discourage these volunteers from serving their communities.

We might now be headed down a similar path with the political file.  This past Friday evening, the Media Bureau released an Order expanding the recordkeeping associated with airing political advertising.  Perhaps simply an error, but contributing to the appearance that the Order was rushed out to beat the change in administrations, is the fact that the formatting and text of the Friday night version deteriorates badly in the last third of the Order, with no text at all in the last 49 footnotes, the paragraph numbering changing, and the text of some paragraphs being in bold type and/or all capitals.  The cleaned up version can now be found here.  The Order responds to complaints filed by activist groups against eleven different stations owned by a Who’s Who of television broadcasters, with the FCC admonishing nine of the eleven stations for political ad recordkeeping violations.  A separate order admonishing a twelfth station in response to a more recent complaint was also released Friday night.

But why would an order admonishing stations for alleged recordkeeping violations (which originated from complaints sitting at the FCC since mid-2014) need to be rushed out?  Perhaps because it also “clarifies” that the admittedly vague rules on political ad recordkeeping require much more expansive political file records than most anyone has previously suggested (at least anyone who wasn’t trying to use the records for other than their intended purpose; for example, as a proxy for overall political ad expenditures).  The clarifications apply not just to broadcasters, but to cable, DBS, and satellite radio providers as well.

Read without an understanding of the current political ad landscape, the clarifications probably seem dryly mundane.  They include the following: END_OF_DOCUMENT_TOKEN_TO_BE_REPLACED