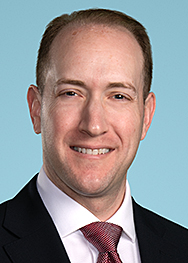 A national wireless provider entered into a consent decree with the FCC’s Enforcement Bureau, agreeing to pay $950,000 for violating the FCC’s environmental and historic preservation rules, as well as rules requiring entities to coordinate with relevant state governments and tribal nations in the construction of communications sites.

To resolve the FCC’s investigation, the company admitted to prematurely constructing wireless facilities before completing the required environmental and historic preservation reviews and by constructing wireless facilities without onsite monitoring as requested by the affected tribes.  Under Section 1.1307(a)(4) of the FCC’s Rules, applicants and licensees must assess whether proposed facilities may significantly affect the environment and whether the proposed facilities may affect districts, sites, buildings, structures, or objects that are listed (or eligible for listing) in the National Register of Historic Places, or may affect Native American religious sites.  Applicants must also follow other rules set out by the Advisory Council on Historic Preservation or the National Historic Preservation Act Review Process, as applicable.

By early 2020, the company began deploying newer wireless technology, commonly known as small cells.  Small cell antennas are used to improve wireless service and can be mounted to streetlight poles, utility poles, or even traffic control structures.  During the summer of 2020, the company began constructing the small cell antennas that are the subject of the Consent Decree.  After the company reported concerns regarding its compliance with the environmental rules to the FCC, the Commission opened an investigation and issued a Letter of Inquiry (“LOI”) to the company in January 2022.  The company filed several responses to the LOI throughout 2022.  Ultimately, the Commission determined that the company began and or/completed building wireless facilities in three states prior to, or without completing, the required review process and Tribal notification process.  The FCC also concluded that the company failed to comply with Tribal notification procedures in two states.  While some of the noncompliant construction was found to have been caused by a miscommunication between the company and its third-party contractors, other violations were the result of a company employee who lacked expertise on the National Environmental Policy Act and National Historic Preservation Act requirements.  Before and during the FCC’s investigation, the company stated that it had begun the process of removing any wireless facilities found to have an adverse effect on historic streets.

Under the terms of the Consent Decree, the company must appoint a compliance officer to implement and administer a compliance plan and to ensure that the company complies with the terms of the Consent Decree.  The compliance plan must include operating procedures for company employees to follow designed to ensure that environmental review and historic preservation obligations are satisfied prior to future construction.  All appropriate employees and third-party vendors/contractors must receive a compliance manual that explains the applicable FCC rules and the company’s operating procedures developed in response to its violations.  Appropriate employees and third-party vendors/contractors must also undergo ongoing compliance training.  Finally, the company must submit a compliance report within 90 days, submit compliance reports annually for the next three years, and pay a $950,000 civil penalty within 30 days.

Following an investigation of years of auto warranty robocalls, the FCC proposed a $299,997,000 fine against two individuals and their associated domestic and international entities and cohorts (the “Enterprise”).  In a Notice of Apparent Liability (“NAL”), the FCC alleged that the Enterprise had run since at least 2018 a complex robocall scheme designed to sell auto service contracts marketed as car warranties to Americans.  For enforcement purposes, specifically at issue were more than 5 billion robocalls made to more than 500 million phone numbers during three months in 2021, using more than one million unique caller ID numbers.  Prerecorded voice calls told consumers to speak to a “warranty specialist” about extending or reinstating their vehicle’s warranty.  In an episode the FCC found particularly egregious, the Enterprise spoofed hospital phone numbers and called health care workers during a pandemic, causing recipients to tie up the hospitals’ phone lines when calling back to complain.  The scheme marked the largest robocall operation the FCC had ever investigated.

Various federal laws prohibit the alleged actions of the Enterprise.  Under the Telephone Consumer Protection Act, robocalls to mobile phones require the express consent of the called party, must include a prerecording at the start of the message identifying the caller, and must include a callback number that allows consumers to opt out of future calls.  The calls at issue were apparently made without prior called party consent and without the necessary disclosures.  The calls also apparently violated the Truth in Caller ID Act, which prohibits harmful spoofing.  Many of the Enterprise’s calls originated overseas but appeared to called parties as originated locally.

As is the case with all NALs, the Enterprise will now have an opportunity to submit evidence and legal arguments to the FCC as to why the proposed fine should either not be imposed or should be reduced.

Failure to File Required Application and Other Violations Yields $7,000 Penalty and Consent Decree

The estate of a deceased FM radio station licensee has entered into a consent decree with the FCC’s Media Bureau and agreed to pay a $7,000 penalty to resolve an investigation into the circumstances of the estate’s handling of the station license and violations of the FCC’s Online Public Inspection File and Biennial Ownership Report rules.

Section 310(d) of the Communications Act and the FCC’s implementing rules require that any transfer or assignment of a station license, even in the case of the death of the licensee, must be approved by the FCC before the transfer or assignment occurs.  Here, the licensee died and his brother and daughter operated the station for more than nine years without prior FCC consent to do so.  An application requesting permission to assign the license to the estate should have been filed within 30 days of the licensee’s death.

Rather than endure a protracted investigation and any fines that might have resulted, the parties entered into a consent decree with the FCC’s Media Bureau to conclude the matter.  The Consent Decree requires designation of a senior manager to serve as compliance officer, who is charged with developing and implementing a compliance plan within 30 days, and then ensuring the licensee complies with that plan and the other terms of the Consent Decree.  The compliance plan will be in effect for three years and is meant to ensure compliance with the FCC’s Transfer of Control, Online Public Inspection File, and Ownership Report rules.  The licensee must include employee training as part of the compliance plan, promptly report any violations that occur to the FCC, and file annual reports with the FCC regarding compliance with these rules for the next three years.

A PDF version of this article can be found at FCC Enforcement ~ December 2022.