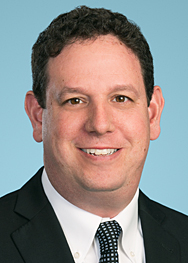 Beginning tomorrow, October 16, 2013, new FCC “robocalling” rules go into effect that require all businesses to obtain specific written consent from a consumer before sending that consumer marketing messages by telephone or text. While we did an earlier Pillsbury Advisory on these rules, they still appear to be catching businesses off-guard, as many business owners incorrectly assumed that the rules were targeted only at robocallers and text spammers, and are just now beginning to realize that the breadth of business activities reached by these rules is far more extensive.

When calling or texting a cell phone for any non-emergency reason, the FCC’s rules have always required that businesses using autodialer technology, like that used in text campaigns, or pre-recorded voices, must first get express consent from the recipient. Prior express consent has also been required before making marketing calls to residential landlines, but the rules contained an exception to that requirement if the business had an established business relationship with the called party (e.g., you ordered something from their catalog in the past eighteen months).

The big change under the new rules is that the prior express consent required to send marketing messages to cell phones (the FCC treats calls and texts the same) or to residential landlines must now be in writing, and there is no longer an exception to that requirement for those with an established business relationship with the called party.

While the impact of this rule change on robocallers is obvious, it applies to most other businesses as well. For example, many broadcast stations have a variety of texting programs, ranging from news, weather and traffic alerts to promotional texts about upcoming programming events or contests. Those stations should now review how the numbers they are texting were originally added to their contact lists, and either be certain that they meet the FCC’s new requirements, or suspend texting to those numbers.

The rub is that such stations must also make sure that those weather texts do not include any marketing messages in addition to the weather-related messages. If a marketing component is included (and the definition of marketing for this purpose is very broad), starting tomorrow, they will need to get written consent before sending any more of those messages.

To send promotional or other forms of marketing texts, a business needs to have made a clear and conspicuous disclosure and received clear consent in writing. Importantly, the business cannot require that the written consent be given as a condition of purchasing any product or service. As to the consent being in writing, the FCC permits electronic signatures collected via webforms, email, text messages, telephone keypresses, or voice recordings.

Businesses that previously signed consumers up for their texting programs via a webform, for example, may have given sufficiently clear notice and generated an electronic signature sufficient to fulfill these requirements. Affected businesses should therefore review the language used in their disclosures to be sure that it clearly communicated to the consumer what the texting program involves, and that it did not condition the consumer’s ability to make a purchase on their giving this consent. If a business is able to meet these tests, then it should verify that it has retained sufficient records to demonstrate that it obtained the necessary written consent before continuing to text the affected consumers.

While we have covered the high points of the new rules in this post, those affected should definitely read the more detailed description found in our Pillsbury Advisory. In particular, businesses need to be aware that these new rules were adopted pursuant to the Telephone Consumer Protection Act. That law is the source of many class action lawsuits brought on behalf of consumers who have received texts or calls alleged to be in violation of the law, and provides statutory damages where violations are found to have occurred.

Unfortunately, the prospect of class action damages is likely to attract lawsuits for even benign potential violations of the new rules, and just being named a defendant in such a lawsuit can have devastating consequences for that business. While the effort involved in ensuring that your business is in compliance with these rules could be substantial, the risks of proceeding to contact consumers via marketing texts or calls, even where they are your existing customers, is far too great to be ignored.