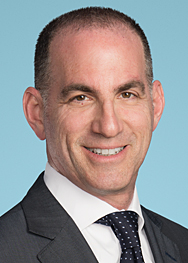 These contradictory decisions turn on differing interpretations of the FCC rules and policy, the Uniform Commercial Code and Section 552 of the U.S. Bankruptcy Code. Section 552(a) of the Bankruptcy Code states that property acquired by the debtor after commencement of the bankruptcy is not subject to any security interest existing prior to the bankruptcy. However, Section 552(b) creates an exception where, prior to the bankruptcy, the lender had a valid lien on the property later sold in the bankruptcy. The question is whether there is any “property” right in an FCC license in which a lender can hold a valid lien pre-petition, or whether there is no property right until the licenses are sold.

The New York Court concluded that the lender’s security interest was not limited to the proceeds of the sale of the licenses, but included the economic value of the FCC licenses, and all other rights relating to the license (other than the license itself). These rights created a valid pre-petition property right that existed separately from the license and were sufficient to qualify for the Section 552(b) exemption. The New York Court specifically rejected the reasoning in Tracy as contrary to the clear weight of authority and as inconsistent with the well-established FCC policy of permitting licensees to grant liens on the economic value of FCC licenses.

The Colorado Bankruptcy Court declined to accept that the lender had any separate private, economic rights in an FCC license other than in the right to proceeds. Since the borrower could not as a matter of law grant the lender a security interest in an FCC license, there was no property in which to have a valid lien prior to bankruptcy. The Court held that in the absence of an existing, pre-petition agreement to sell the assets and the FCC’s pre-petition approval of such a sale, the license sale proceeds were too remote to be deemed a pre-petition property right in which the lender held a security interest. On appeal, the Colorado District Court, while recognizing that many other courts held a different view, accepted the Bankruptcy Court’s line of thinking and affirmed the decision.

While the Terrestar decision is more in line with the common thinking of the FCC and other courts that have addressed this issue, the Tracy decision serves notice that a lender’s position that it holds a senior, perfected, security interest in the proceeds from the sale of FCC licensed businesses may be contested by general creditors, at least in the bankruptcy context. In order to best preserve a lender’s security interest in all contexts, lenders will need to ensure that their security agreements and related credit documents are clear and include a broad grant of all forms of economic rights associated with the license (including, but not limited to, the right to proceeds).

So what’s next? The Tracy case is likely to be further appealed, but regardless of the outcome, lenders should be prepared for unsecured creditors to argue that security interests in FCC license sale proceeds are precluded by Section 552 of the Bankruptcy Code. While the Colorado Court’s decision may have been at least partially based upon unfamiliarity with the FCC’s position on security interests, a number of observers concur with its interpretation of the UCC and bankruptcy law, and the FCC itself may need to give the matter further consideration to reduce the risk that lenders might withdraw from lending to businesses holding FCC licenses.

Further clarity on the issue would be welcomed by all, since lenders want to know they are protected in the event a borrower files for bankruptcy, and borrowers need the access to capital that lenders provide. In the meantime, both lenders and borrowers will need to focus more carefully on how their contracts are structured to ensure that there are no surprises for either party, as a borrower’s FCC license is often its most valuable “asset.”